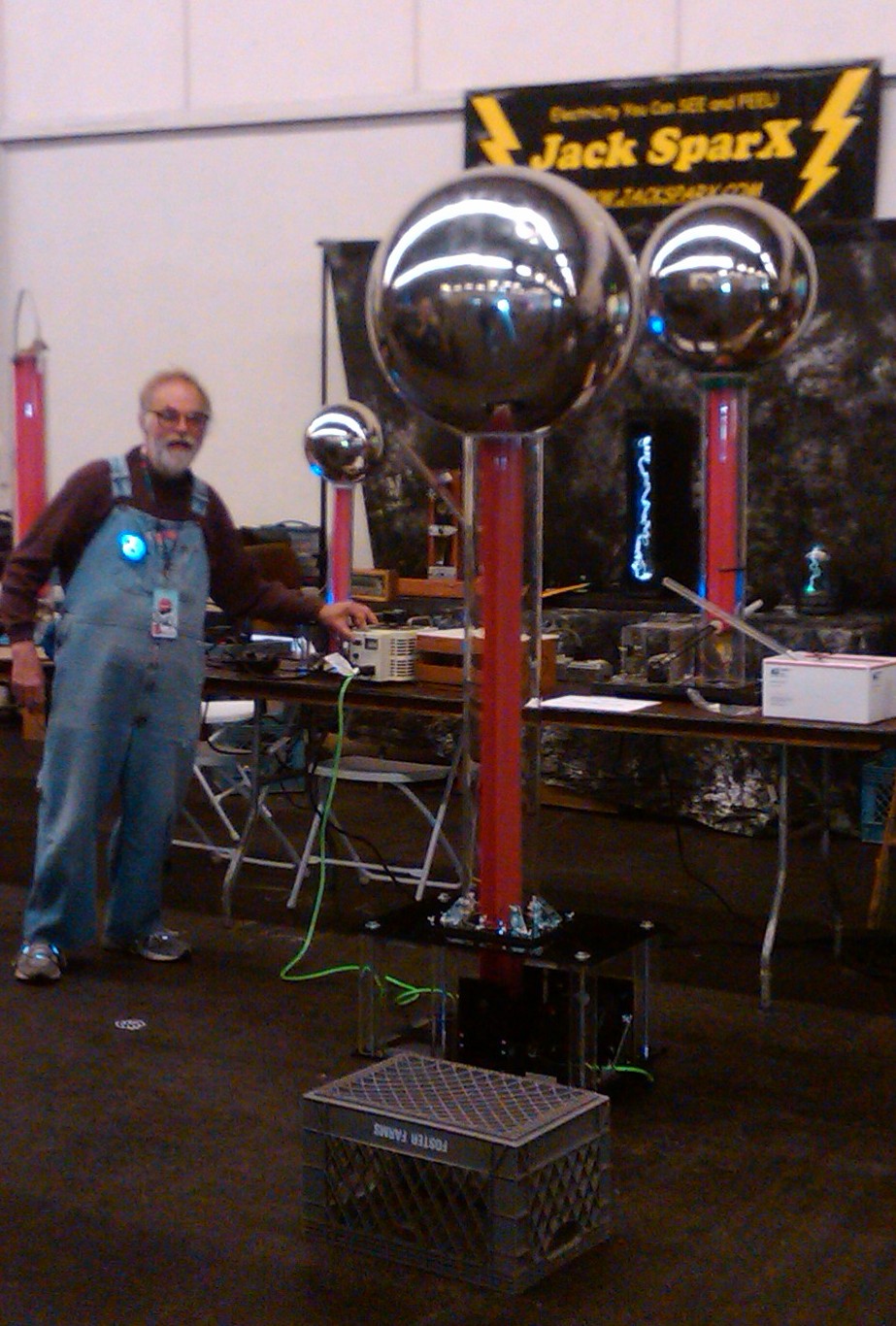 For many years our VDG's have been built and serviced by the "physics teacher I wish I'd had" Fred Graff.

He constructs wonderful products and parts, and keeps our roadshow on the road!

Jack SparX now has three sizes of VDGs from table top to seven foot tall with a 30" ball available for events.

A conveyer belt for electrons!

It carries electrons to the sphere where they accumulate and become very high voltage.

Makes hair stand on end. Why?

Because charged particles build up on the outside surfaces of the person touching it, and the particles are all repelling each other.

It was invented as a particle accelerator. How do you think it compares to the Large Hadron Collider (LHC) at CERN?

which discharges in microseconds. It's SHOCKING, but won't kill you.

Like when clothes stick together or you shock yourself from the carpet or car seat. This is caused by a property called triboelectric effect – see Wikipedia. Remember though, all Electricity is the same, just different voltages and currents.

Don't you get shocked more indoors during the winter when the air's drier?

This Van de Graaff generator is made of: